Met Gala is the annual costume gala of the Metropolitan Museum of Arts in New York City whose goal is the raising of funds for the museum's costume institute. The theme of this year's Gala is titled "Heavenly Bodies: Fashion and the Catholic Imagination" 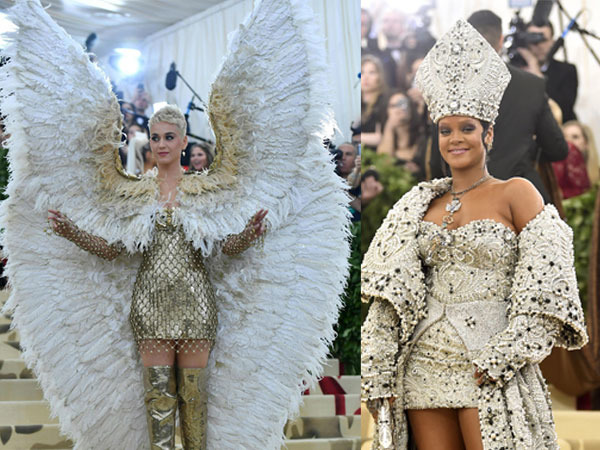 This event is in no way in respect to the Catholic Faith; it is in every way a mockery of it. This event is in no way inspired by authentic Catholic imagination, most noticeably in regards to modesty and humility. In every way, this event made a parody out of the imagination it claimed to be appreciating. This was not lost on anyone except those who could not or did not wish to see it. 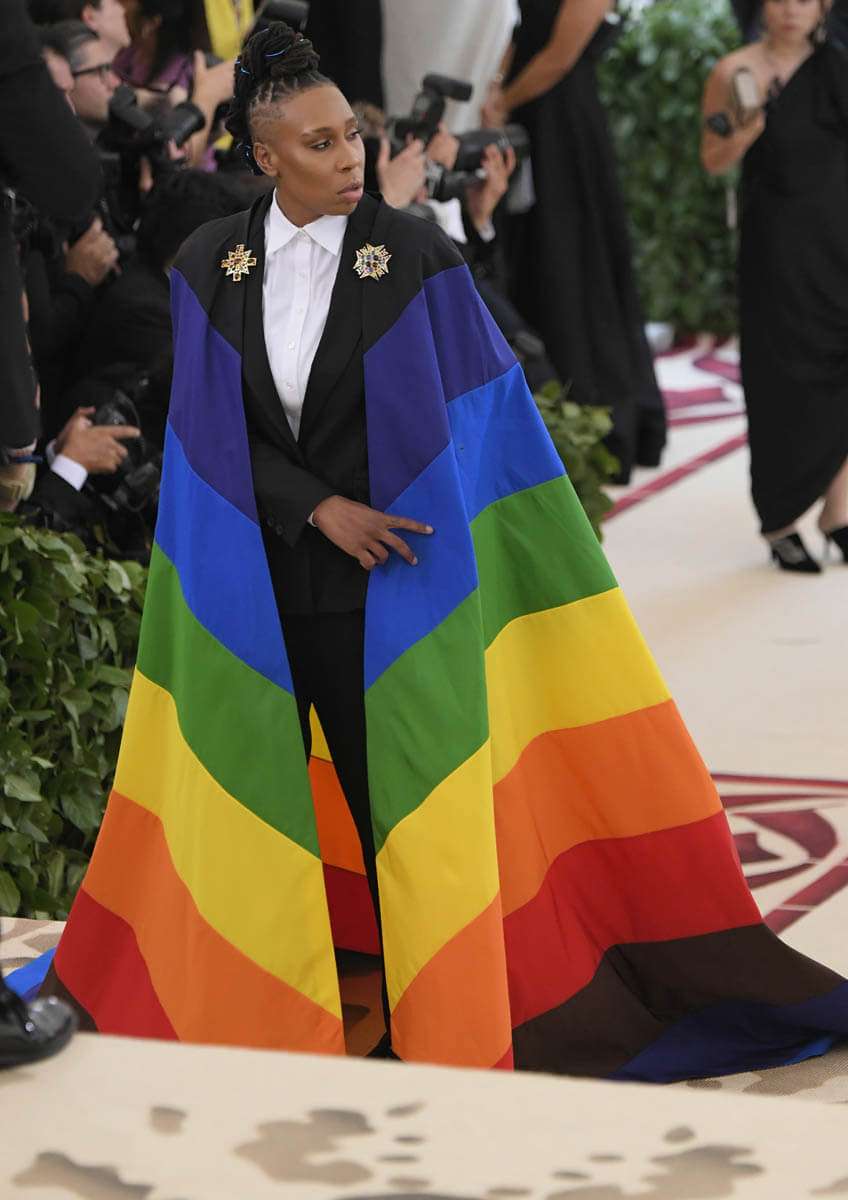 The most obvious juxtaposition would of course be these same people's aversion to anything which may portray other religions in such a way - Judaism, Islam or Eastern religions would never be used in such a manner, especially not at a time which was seeing the greatest intensity of persecution on the faithful of this religious group whose essence of culture they appropriated for their own means. This is the first time that a religious theme has been chosen for the Met Gala. 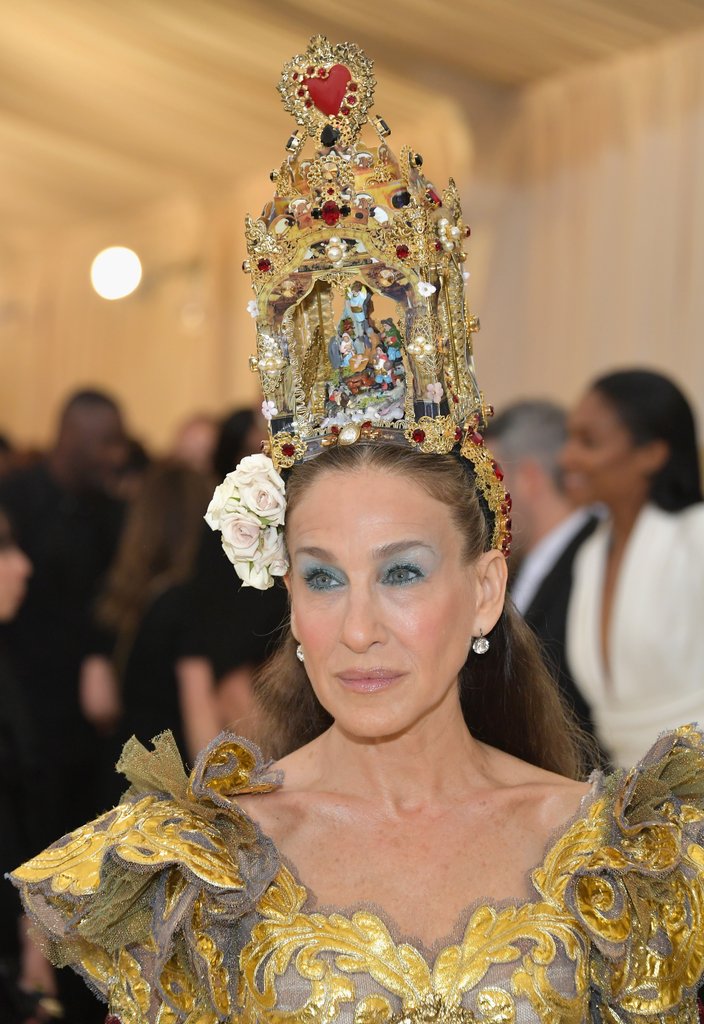 Imagine such an event taking place using only surface facets of Islamic inspirations some time after 9/11 or an event using a caricature of Jewish imagery during the 1930s. One may find this comparison to be grotesque or even offensive, but only because the intensity of emotion created by accounts of Christian persecution, mockery and libel do not resonate among our consciousness as it does for other religions - this is a form of repression, the repression of emotional reaction to the suffering of others simply by the group they belong to.

One may point out that most Catholics in America likely have little to no problem, that they are willing to express, with this display and that even some notably Catholic clergy were in attendance. To which I say "That is exactly part of the problem".

American Catholics are so afraid to speak out against the norms of Americanism, which today includes the veneration of celebrities, to the point where abandoning key virtues of the Faith becomes a social necessity. Catholics, laity and clergy alike, are increasingly coerced by legal and social pressures to conform to a society which would categorically exclude them if they practiced the fullness of their beliefs. This is not unlike what the early Christians experienced when forced to attend and participate in pagan ceremonies or sacrifice to pagan gods due to social and political pressure from the mechanisms of control which opposed every essence and tenant of their Faith. Even Catholic clergy may be used as proficient enablers to the mechanisms of social and political pressure on the Church. This was not uncommon in the times of great persecution in the Church and it is not uncommon today.

Those who remember the presidency of John F Kennedy and the measures he had to go through to convince the American people that his Catholicism did not and would not define who he was or how he would govern should know this very well. America would only tolerate a Catholic as a leader who would not be influenced by his Catholicism. Likewise, American Catholics today are tolerated in their workplaces, their schools and their social networks only if they are not influenced by their Catholicism.

It is a very difficult thing to lose your job, or your partner, or your friends or your family or be excluded at your school because you hold views or are something that will not be tolerated or respected in the society you live in. We know that this is more than possible in America today, it is present at every job, every government building and school, it is drilled into our heads from an early age: Zero Tolerance. We are very fortunate to live in a time where faithful Catholics do not have to fear for their lives, but some certainly fear for their livelihoods simply because they are different in mind and spirit from their fellow Americans.

Catholicism is only tolerated in America to the extent by which it can be ignored.

This fear of Catholics putting their faith above their country still exists in America today. This fear created horrible abuses, it created oppression, it creates distrust among citizens and it creates a sense of repression among Catholics today.

Anti-Catholicism has a long-standing history in America. Many of the founding fathers thought of the Catholic Church as a outdated, medieval institution. When America transgressed Mexican sovereignty in a war of conquest in 1846, Catholics were particularly singled out for abuses because of the hatred of their Faith and the paranoia about their loyalties.

These abuses were so terrible that hundreds of US soldiers deserted the American army to defend their co-religious.

After the Civil War, the Ku Klux Klan declared itself a decisive enemy of the Catholic Church and all of it's faithful in America.

The KKK had a song - "I'd rather be a Klansman in robes of snowy white than to be a Roman Catholic in robes as black as night. For a Klansman is an American and America is his home, but a Catholic owes allegiance to a dago Pope of Rome" 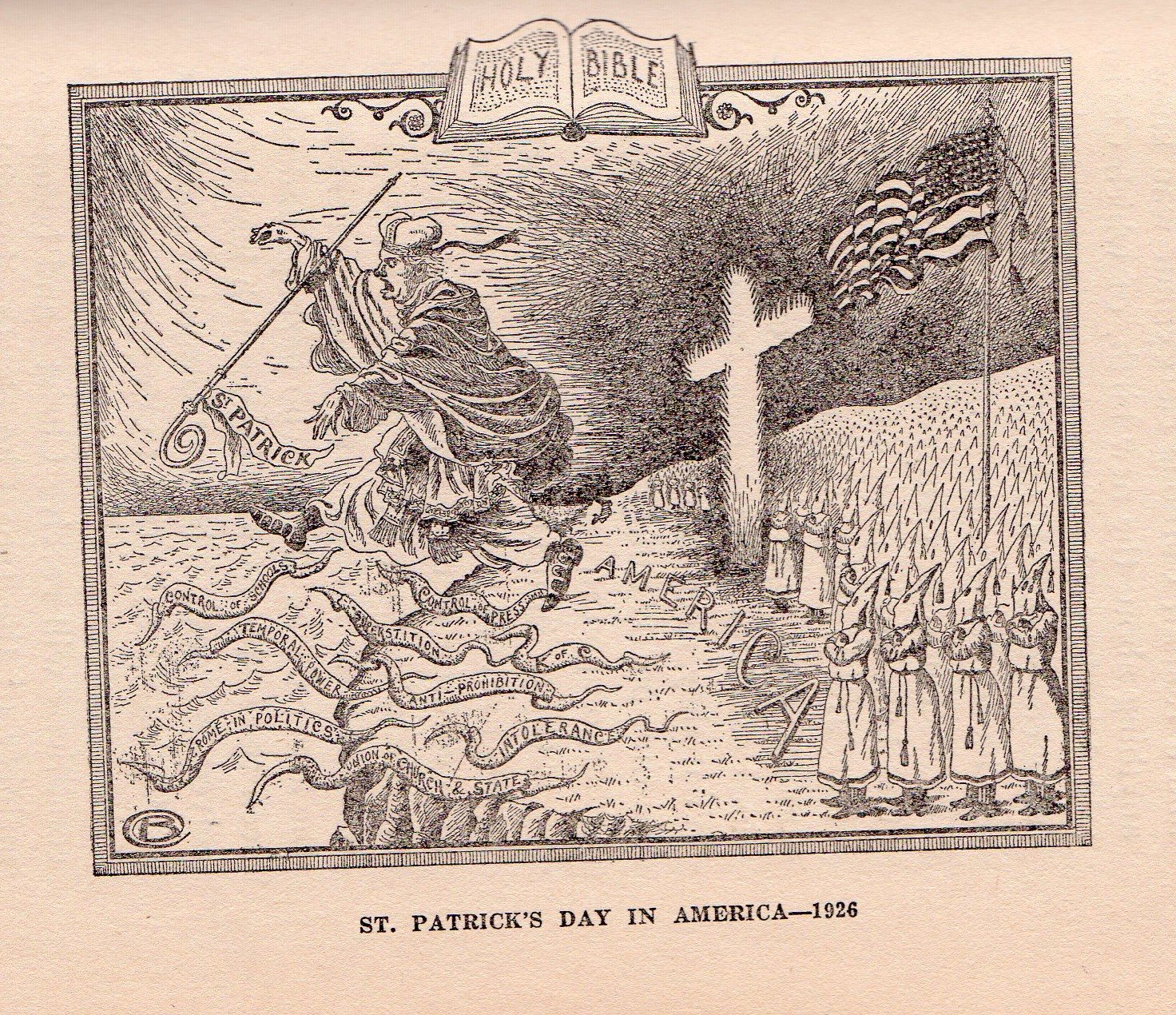 This sentiment existed long before the Klan did. In many ways and through many forms, such sentiments still echo in parts of American life today. Catholics have and continue to be excluded from the American experience unless they give up core tenets of their Faith.
This history is as old as our country and it is almost completely forgotten in the same way that many other group's histories have been forgotten in America. This history is a piece of the Catholic imagination that I don't believe the vast majority of the organizers of this year's MetGala were aware of.

I do not present this history to draw parallels between the persecution of past times and the grotesque display of indulgence and ignorance that was celebrated at MetGala. I present this history to provide the context which this event must be understood in, since it has been so forgotten. I urge American Catholics to learn this history; in no way to promote a negative view of your country which has given opportunity to many millions of Catholics for centuries, but to understand the origins of many of these country's modern principles which seem so at odd with our consciences.

The people displaying this faux appreciation have absolutely no respect for Catholicism, have no understanding of it's history and make a mockery of it's values both in their media and in displays such as this. Privately, these people have every right to dress up however they like to do whatever they wish. And privately, every Catholic has the right to feel as they will to this display - For myself, it is a feeling of utter contempt, indignity and a reminder of my status as a minority, in character and religion, which is disrespected, misrepresented and condemned as any number of morbid and slanderous things daily in our own countries.

American Catholics, generally, do not get up in arms over issues which violate and insult the very essence of their identity; we have trained ourselves not to be offended because to be offended means to speak up against said offense lest one betray their own conscious. Catholics in America are not only socially pressured to do just that, but increasing they are pressured to do so legally. As of yet, we are not restricted in our freedom of speech and expression as we are restricted in conscious. It is only by exercising these rights can we hope to keep them.
This display of ignorance and disrespect by those at and organizing this year's MetGala, many being those who claim to promote tolerance and inclusivity, is exactly the sort of thing that Catholics should find easy to speak up against. If Catholics speak up against anything, it should first and foremost be hypocrisy, which our Lord Himself so often called out. And the modern world leaves no short supply of hypocrisy; this MetGala is only one of many hypocrisies which have gone unchallenged. And if even the smallest of hypocrisies and insults go unanswered, then no one will expect the Faithful to rally against greater injustices. And so we haven't and that needs to change.