Netflix is publishing an original animated series called Big Mouth. It starts this September and is set to run for 10 episodes. Netflix describes the show as edgy, and geared towards adults.

It shows a middle school-aged girl sticking a mirror between her legs to look at her vagina. She looks at her vagina in the mirror and starts talking to it. It shows her animated pre-teen vagina, and her vagina talks back.

Kids are visited by the hormone monster and hormone monstress, who encourage the children to behave like spoiled brats. It's also full of filthy profanities and disrespect, which seems a given and hardly worth mentioning.

The show is created by Nick Kroll, Andrew Goldberg, Mark Levin, and Jennifer Flackett, all of whom are Jewish. 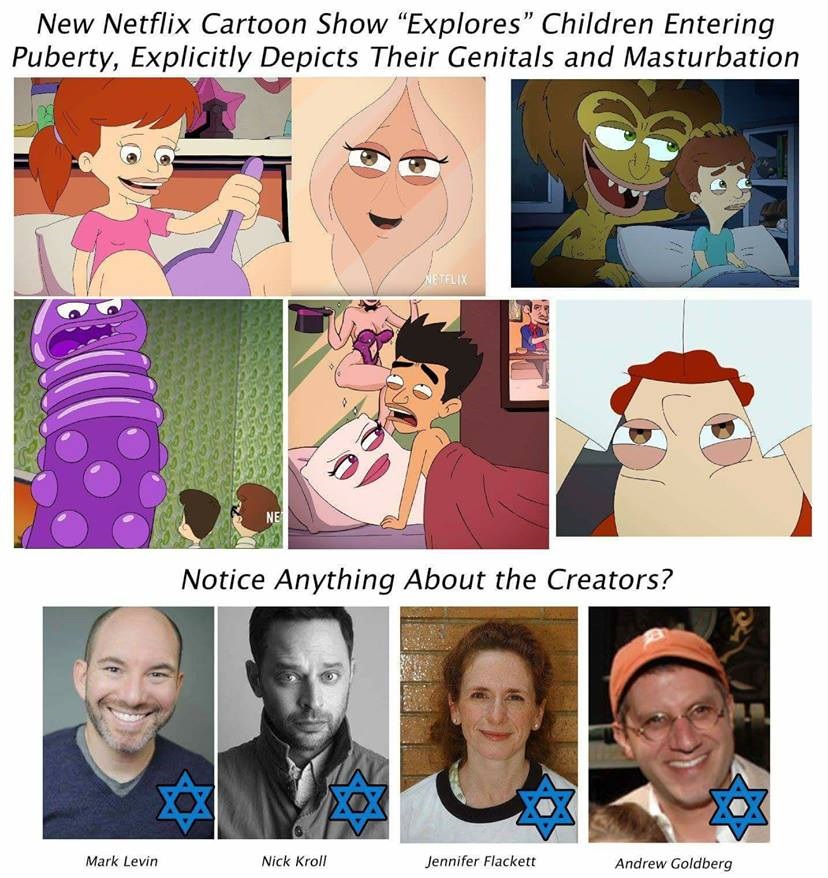 Netflix is a $9 billion per year company. They are in 190 countries and has over 100 million subscribers including over 50 million in the USA. This service streams into many Christian homes, without those Christians within giving it a second thought.

Aside from this latest pedophilic degeneracy, Netflix has entire genres dedicated to homosexuality and promiscuous sex. Netflix does not belong in a Christian home.